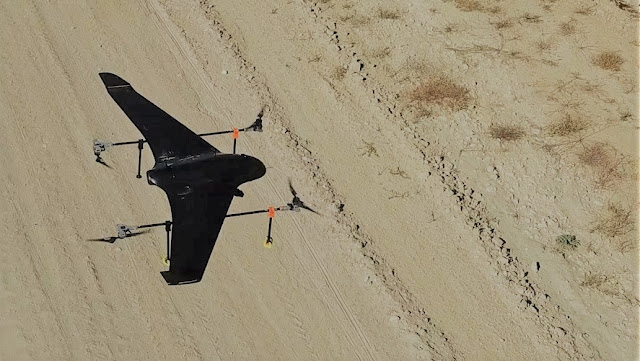 This blog post includes the details of my VTOL aircraft build project. VTOL means "Vertical Take Off and Landing".

After my multicopter and remote control model helicopter builds, I was interested in Vtol aircrafts. Because of short flight time drawbacks of multirotors, I searched for the solution which has longer endurance. Fixed wing aircrafts have longer flight time and flight range advantages over multicopters. But they require runways or catapult launch systems/parachute for takeoff and landing. I searched most feasible fixed wing RC (remote control) aircraft to transform it to a vtol aircraft. My first and most important requirement was that the aircraft should have enough space to put all my avionics. Meanwhile I saw a Skywalker X8 in the second hand rc equipments announcement group. After studied its specifications, I decided to use Skywalker X8 delta wing aircraft for my VTOL build project.

I bought Skywalker X8 and started to search tilt mechanism. At the begining, I decided to use a main rotor mechanism of the 500 size rc helicopter with industrial bearings. But I realized that the overall weight could be more than Skywalker takeoff weight and I could not have all parts commercially on the shelf. At this point I found my self searching of 3D printers at the Aliexpress. It costed me about 3 month loss :) I bought a DIY 3D printer set and assembled it.

After fixing firmware and mechanical issues of the 3D printer I was ready to design and print tilt mechanism. I use Google Sketchup for the 3d part design. I prepare a sample Youtube video to show my drawing and printing process briefly.

I used SkyWalker X8 manual as a reference to assemble the aircraft. I design and print following parts for the 4 tilt mechanism and servo installations. You can find the 3d drawings at my github repository. 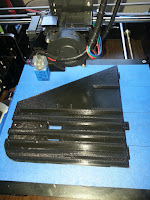 I embedded the nuts in the printed parts. So I am able to use screws easily. 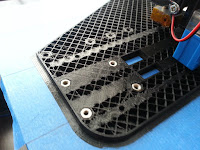 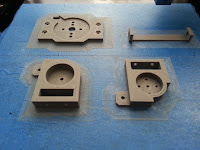 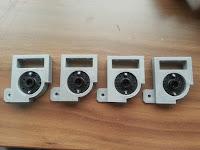 Tilt mechanism arms are mounted on the servo shaft 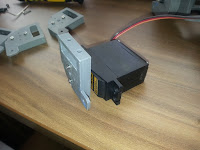 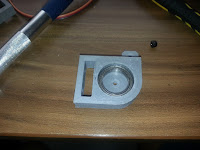 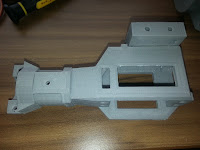 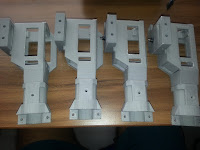 Servo is inserted into the tilt servo holder 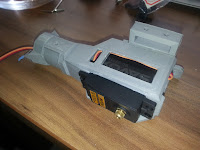 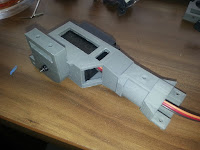 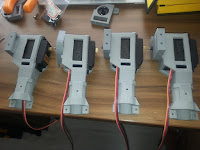 Brushless motors are mounted on the motor mounts. 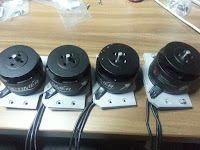 Tilt mechanism is mounted on the carbon tubes 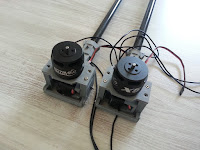 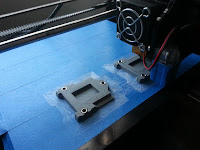 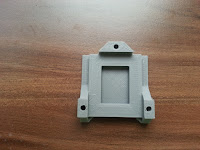 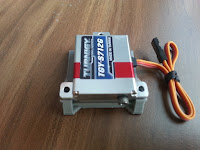 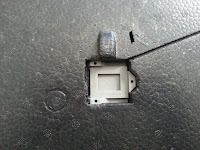 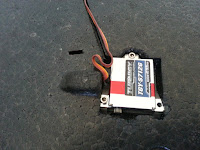 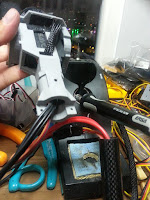 One of the arm is ready 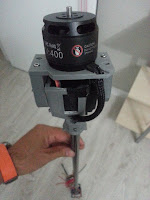 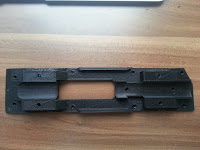 The aircraft is almost ready 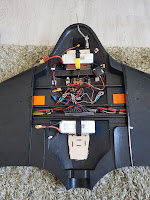 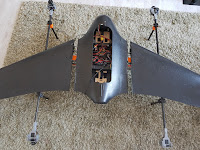 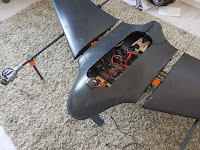 I use Pixhawk flight controller which runs on Ardupilot firmware and I can easily compile its open source code for my custom needs. At the beginning I tried to write my own user functions on the Arducopter firmware to tilt servos. After my first test I switched to Arduplane firmware and began to use it.


Pixhawk Arduplane Parameters:
I use following parameters for my initial tests.

At Qstabilize and Qhover modes all motors are at the up position. At FBWA mode, motors are tilted to the foward (horizontal)) position.

Skywalker X8 varies a lot in how people set it up, but you usually need parameters around this range:


You can see my second flight I did at the beginning of October 2017.


As a result, after I check the log files and my configuration I will continue to test flights to perform full forward flight transition.

NOTES:
1. When I check the flight performance of the current configuration using ecalc, 17x5.5 propellers are not suitable for the forward flight. The aircraft flies near stall speed at full throttle. I must increase the pitch of the propeller.
2. I use 18mm carbon tubes for the quadcopter arms. The tube diameter should be more than 18mm to prevent the stretching of the arms. 25mm carbon tubes could be better.
3. Current configuration is open to single point of failure.